TWO WEEKS AWAY! AFI Back on tour! 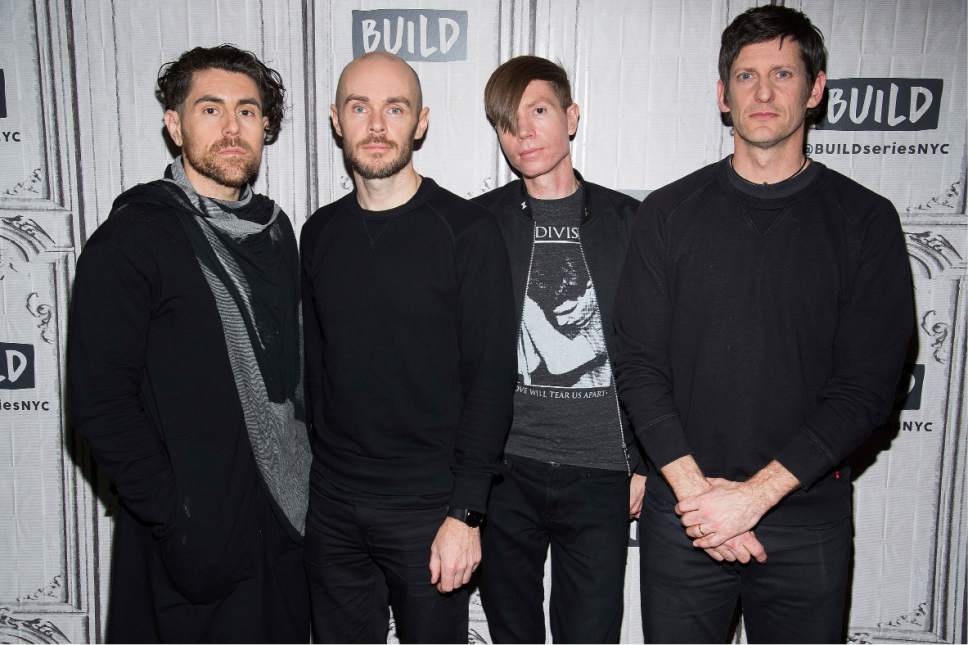 I am very excited for this tour. My wife and I are going to the 8/4 and 8/5 shows and they actually land at the end of our family vacation… what a way to end vacation, right?

I’m still debating on what all items to try to get signed… aiming for 3 items max.

I’m aiming to take a few extra days off as well… to recuperate from the excitement.

I’m just a little confused. I only started going to/paying attention to concerts last year. It seems strange to me that AFI is “opening” for rise against in the first place, although I understand rise against is the larger band in the media and I adore both. I’m going to the red rocks concert on the 15th, flying in from Germany because it will be a cold day in hell that I miss this line up voluntarily at that venue.

What I’m confused about is that afi going around the tour opening for rise against is considered “touring” for afi? Logistically, absolutely, I get it, they have to go and move same as if they were the star. I’m just confused by terminology here. I guess touring doesn’t necessarily mean “headlining” like I thought it did? So could a band be “touring” just by showing up for music festival and such around the country? What is “touring?” Just going around doing live shows?

So is it just a matter of expectations in the definition of these words? So that “touring” means going around places doing live performance. “Opening” generally means a shorter set than headlining. “Headlining” means you are the star with longest setlist. Co-headlining should mean equals sets between 2 stars?

Idk. I’ve been trying to tell myself that i am going to a rise against concert and shouldnt expect a full afi performance (bigger afi fan than ra) but the terminology had all sorts of “meanings” in my head that just aren’t proving true in the actual live music scene and I’m trying to calm my expectations.

Edit: I feel like I answered my own questions in this post. Sorry, I’m kind of a “learn what you think as you speak about it” type person.

I’ll be at the Nashville show if anyone wants to meet up.

Wow that is an awesome venue to see them in,red rocks looks like magic,I’m in California but I hope I get the chance for Afi at red rocks,enjoy the show safe travels

I just ordered some DFC cards to give to some folks at the shows I’m attending. I’m also aiming to give one to all AFI members… after the show of course.

I’ll take a photo of them when I receive them; should be next week. They were kinda rushed because I’m also on vacation the week they start tour so I wouldn’t be home to receive them.

Sorry I haven’t been much active here since March. Any way for us laymen to get a few to spread around and share love? Planning on handing out some “artist trading cards” of my own.

Now if only they’d come back to the UK…

I hope US/Canadian members here get to see them and have a fantastic time, though

I forgot to add “@despairfactionc” to the cards…

Lol… oh well, the next batch. When I get them I’ll post a few pics of them; they’re front and back.

I need to exchange my money to dollars and I’m all set!

I’m aiming to take pics like crazy. I’ll mainly be posting here and on our Twitter/Insta.

Got these today. Aiming to hand them all out at the two shows I’m attending in early August.

The next batch will have “@despairfactionc” instead of email.

These look awesome! Hopefully lots of people will visit the site

I’m going on 8/4 to Philly too! I desperately want to meet Davey and get him to sign my arm to tattoo it. What is my best bet for meeting them? Go to the tour bus area after their set?

So cool! I hope I run into you and snag one!

I need some advice. As all of you, I would love to meet the band, but meeting Davey is my dying wish. I will be going to the Houston show on Sept 12. I’m pretty sure they never hang out after the shows in Mexico, but I know for a fact they do hang outside the venue in the US.

What should I do? Do I have to ask where the back of the venue is? Should I go after the Rise Against show? Do they come out immediately after the show is over, or should I wait 2 hours?

@Pablo same as above. I hope you both get that chance!!!

Thanks for the tip! I was also wondering. Fingers crossed for everyone!

Anyone have any idea how long their set is as an opener?