Warped Tour changing.... what will it mean? A lot 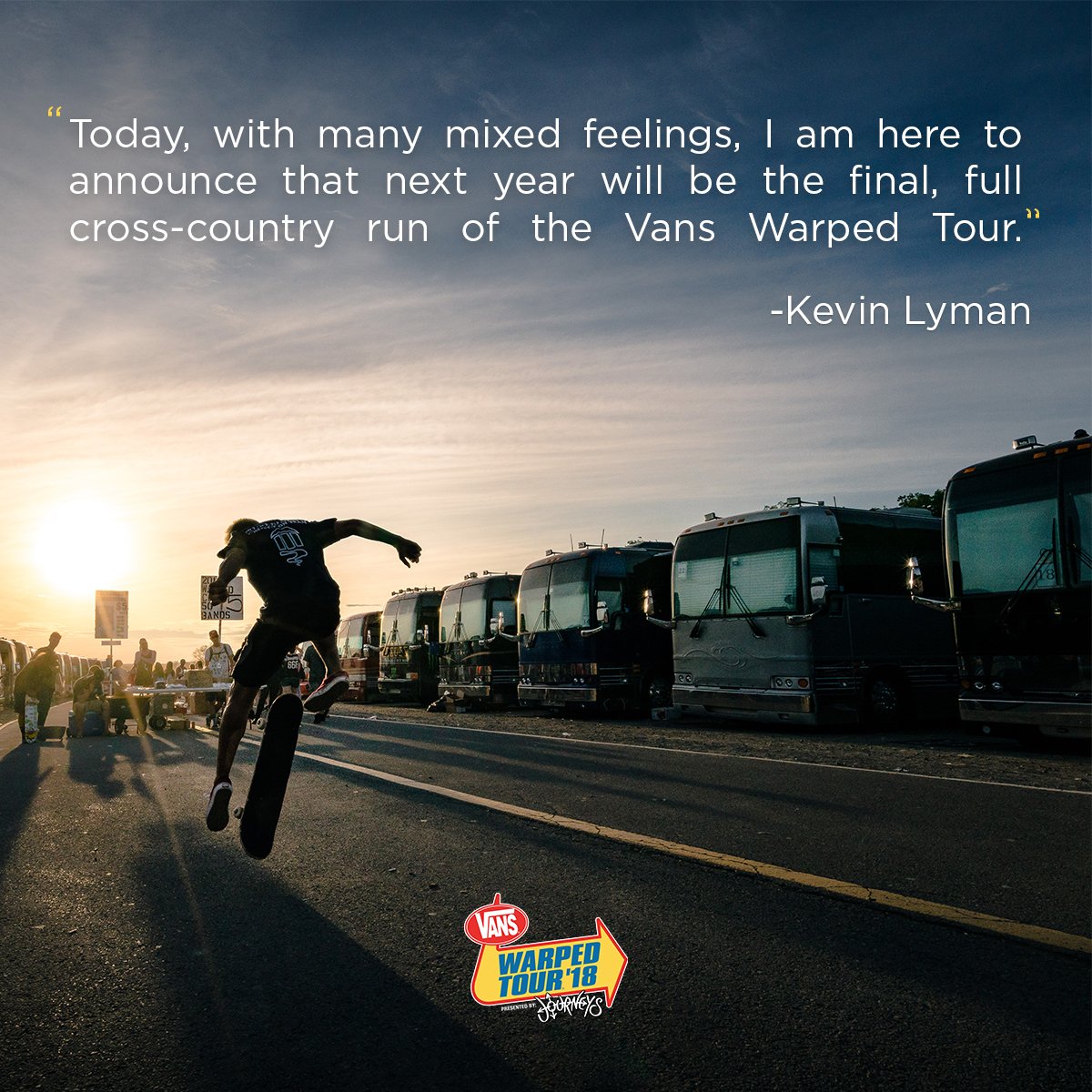 After reading the tweet, I thought maybe they just weren’t going all over the country. However, it sounds like Warped Tour will be in its final year next year, which is terrible.

Here’s another article with BillBoard, where they feature an exclusive interview:

Warped Tour to Hit the Road For Final Trek in 2018: Exclusive Interview With...

Lyman explains how a mix of factors led him to his decision to end Warped after one last run in 2018. He also teases which bands will make up the final lineup, and what to expect for Warped 25th anniversary the following year.

).
I don’t know a lot about festivals in the US. Was this the ony festival to cater to this kind of music? If so, it will be a major loss

Yeah, this is pretty major. During AFI’s Blood Tour, Warped was the other huge event going on. Warped Tour 2001 was actually my first time seeing AFI.

I think it’s time for it to end. There’s a lot of changes in culture in general that are affecting Warped negatively, and, honestly, it’s not the same. It was becoming a sad parody of itself. I think before people start to resent it, it does have to end.

I might go, but only if AFI, MCR (miracles can happen), Tiger Army, The Used, or any combination of the preceding show up.

@Sugar_and_Ice I would argue that it doesn’t even really cater to our style of music anymore. The recent years have seen a lot of electro acts, and the tour itself is becoming more of a social media bragging right than an experience.

I agree with you,it was cool to see many awesome bands but the past decade there was a major shift and I stopped attending,it was a major part of the scene and was super kick ass from what I remember in the early 2000s,late 1990s

It was almost a rite of passage getting to go, but the last time I went was so boring and rather clique-like that it turned me off. I hope Lyman gets a decent line up for this last run.

Same and yeah, I’m only going if AFI are listed.